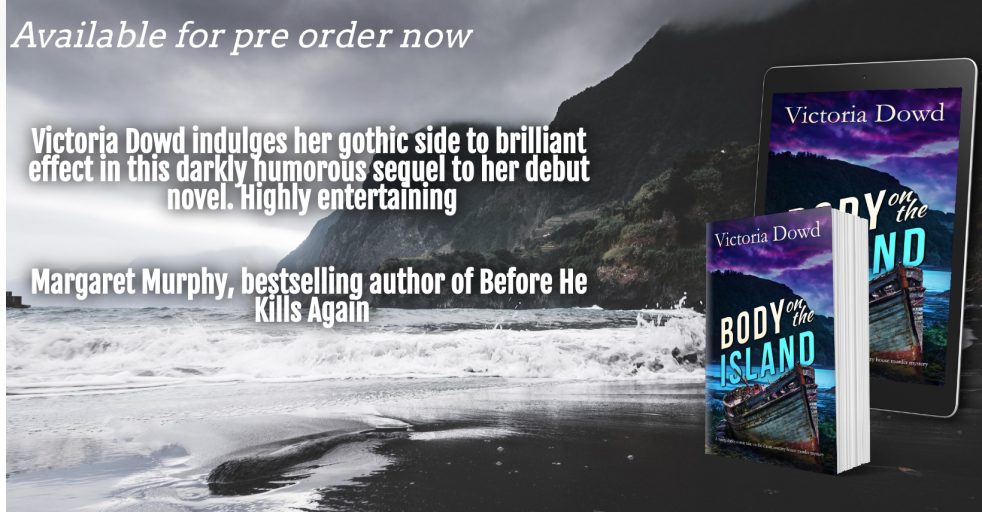 As with all the Adapting Agatha series, I’ll begin with a ***SPOILER ALERT ***. I find it almost impossible to talk meaningfully about individual adaptations without giving away at least something. I would hate to do so and spoil future readers’ enjoyment of the novels. So if you haven’t done already, please read The Secret of Chimneys and The Seven Dials Mystery before reading on!

The adaptation of The Secret of Chimneys for the Marple series in 2010 could on first inspection be said to have it all, perhaps too much. The perfect setting of a wonderful country house, Chimneys; there’s a ball; cocktails; jewels; murder; and the usual star-studded cast. And, of course, Miss Marple. And, although Julia McKenzie isn’t my favourite Miss Marple, my feelings don’t run as deep as many Agatha Christie fans who were very upset by this particular adaptation. Some refuse to even watch it. Why? Because it’s not a Miss Marple book at all. The Secret of Chimneys does not have Miss Marple in it at all, but as with The Seven Dials Mystery, it features Lady Eileen Brent, known as ‘Bundle’, and Superintendent Battle, along with a host of other characters who appear in both books. The adaptation of The Secret of Chimneys was another episode of the Marple series that continued with the idea that all of Agatha Christie’s books were fair game and could be used and filleted in any fashion to attract new audiences. It was seen more as a body of work to be adapted rather than each stand-alone book. Quite apart from it not being a Miss Marple book, the murderer is changed, huge parts of the plot are altered, a large section of a different story, The Herb of Death is slotted in and many of the characters are changed. So can this really still be called an adaptation of the novel by Agatha Christie bearing the name The Secret of Chimneys?

After Chorion bought shares in Agatha Christie Ltd, adaptations took a whole new direction from 2004 onwards. From the very beginning, the Marple series had made huge changes to plot and character in many of the adaptations. The Secret of Chimneys was not the first time Miss Marple had been squeezed into a story that she’d never been in before.

The general approach of all these adaptations was to bring something new, something different to the Miss Marple character. It could well have been through fear of looking like a poor imitation of the Joan Hickson adaptations. Gemma Jones was always mooted as a favourite to play Miss Marple but was considered too close to Joan Hickson’s interpretation to risk. However, throughout the long running series which began with Geraldine McKewan in 2004 and ended with Julia McKenzie in 2013, the producers hadn’t been afraid to take risks in other areas and go in new directions. Many of the stories they adapted for Marple were not Miss Marple books at all. Even for the productions where they were, changes to era, characters and plot were often quite extreme. Many Agatha Christie fans see this as sacrilegious and attempting to use the name Marple for productions that bear little resemblance to Agatha Christie’s original work. Some fans are outraged at the use of Agatha Christie’s material to cobble together something `new.’ I’ve touched on this before in previous articles. I don’t believe in the idea one fan mooted of ‘Joan Hickson is Miss Marple. The end.’ I would never want to see an end to Agatha Christie adaptations. I love nothing better than a new Agatha Christie adaptation, given how many times I’ve watched the old ones! It’s always interesting to see a new dynamic or take on the books. And, in fairness, there’s a lot to love in the Marple series. They’re great fun, with a host of fabulous actors. The settings are magnificent and very reminiscent of the books. And they did indeed bring in a whole new audience. But many fans see them as verging on pastiche, particularly the ones, such as The Secret of Chimneys, where the era is shifted and some believe the whole production begins to take on the feel of a parody rather than an adaptation.

The Secret of Chimneys was written in 1925 and is an exciting mix of murder mystery and treasure hunt with a healthy dose of espionage thrown in for good measure. There’s blackmail, murders, Kings and fictional countries. Agatha Christie uses Herzoslovakia as she does more than once in her books. There’s even the Koh-i-Noor diamond stolen from the Tower of London. Misdirection, concealed identities and international conspiracies mix together to create what Agatha Christie called ‘the light-hearted thriller type.’ It has echoes of The Thirty Nine Steps, with its secret societies and codes. There’s even a flavour of The Prisoner of Zenda with the Balkan intrigues and characters. There’s a touch of Sherlock Holmes, indeed one of the characters is even called Holmes, and the cast of characters with their bright-young-things vibe has definite echoes of P.G. Wodehouse. So you can see from page one that it’s not the standard, tightly plotted Agatha Christie novel.

Lady Eileen Brent, aka Bundle, features in this novel and is even more central in the follow up book, The Seven Dials Mystery. Both are set at Chimneys, which is based on Abney Hall in Cheshire, and both feature many of the same characters.

Bundle is at the centre of the bright-young-things group. In The Secret of Chimneys she is nineteen years old (she talks about being twelve in an incident that occurred seven years ago). Bill Eversleigh says of her, ‘She’s simply it.’ As in the ‘It Girl.’ She’s the kind of girl who drives a wonderful sports car far too fast. In The Seven Dials Mystery she even thinks she’s run someone over, but is relieved to discover they’ve only been shot! She’s attractive, receiving two proposals of marriage in The Seven Dials Mystery. And smart enough to be made an offer to become one of the seven dials herself at the end of the book. She’s fantastic fun as well. Lomax, aka ‘Codders’ who is one of her proposed suitors, says of her in The Secret of Chimneys, she’s ‘charming, simply charming.’ However, he does go on to say she’s ‘quite a child.’ But by the time we meet her four years later in The Seven Dials Mystery she is much more mature and is, in fact, the heroine of that book. She has changed in those years. It’s interesting to note that The Secret of Chimneys was released the year before Agatha Christie’s famous disappearance and the turbulence that erupted in her life. There is a subtle change in Bundle’s character by the time we see her again in Seven Dials. She is less the little girl and more competent, worldly wise, brave. However, it’s fair to say that there’s still that element of mischief. She’s still only twenty-three – a little reckless and definitely still `simply it.’

In the 1981 film of The Seven Dials Mystery, directed by Tony Wharmby, Bundle is played beautifully by Cheryl Campbell. She’s wide-eyed, young, vivacious and fiercely bright.  She’s the perfect mix of scatty and sharp. This was another all-star production with Sir John Gielgud, Harry Andrews and Rula Lenska. It received 17.6 million viewers but there were still sceptics who thought this was a ‘minor Christie’ to choose to adapt and that such a stellar production should have been reserved for a more well-known Agatha Christie.

Bundle is also performed beautifully in the 2005 audio book by Emilia Fox. She’s absolutely perfect and is `simply it.’ It would have been wonderful to see her perform the role on screen.

Unfortunately, this production does suffer a little, as many audio books do, from the fact that she also has to perform all the male characters but that’s easily overlooked as the rest of the production is superb.

Sadly, Bundle is another one of the major problems with the 2010 adaptation for the Marple series. This time she is played by Dervla Kirwan, who is generally wonderful in most things, but unfortunately she is entirely unsuited to this role and plays it with a surly unhappiness.

She’s much older than in the books, although it is set in 1955 looking back to the ball of 1932. There is no joie de vivre, no mischief and her role is hugely played down. That is, of course, in no small part due to the fact that Miss Marple has suddenly popped up in her story when she should not be there. Making room for Miss Marple in your murder mystery is bound to lead to casualties. And Bundle is the main one. Side-lined and demoted to a new role of sister of Lady Virginia. Bundle does have sisters in the book, two Dulcie and Daisy, but not Virginia – she’s George’s cousin in the books. Lady Virginia is also thrown into the spotlight and to some extent steals Bundle’s place. Add to this another detective, Inspector Finch (changed from Superintendent Battle), and it really is a case of two many sleuths spoil the plot. Finch is played wonderfully though by Stephen Dillane and is very cool, detached and thoughtful. The interplay between him and Miss Marple is, however, a little stilted and again there is that feeling that there are too many detectives in this production. It must be one of the only times in my life I’ve ever considered a situation might be better without Miss Marple in it, which is rather inconvenient given this is an episode of Marple!

The rest of the cast is very good but the huge changes to the plot completely change the nature of their characters. The murderer is changed, which casts one of the characters in a very different light and leads to the espionage aspect being a side issue to the murder and more of a red herring. The huge swathes of plot that are changed, lead to some plot holes and this being a very different experience to the book. It’s probably more appropriate to say it’s based on the works of Agatha Christie rather than an actual adaptation of one of her novels, which is a shame because this is a very good book indeed. Sadly, given the nature of the plot changes, particularly in regard to the identity of the murderer, it leaves it very difficult to imagine an adaptation of The Seven Dials Mystery could in any way have stemmed from this. Which is a great shame as that is a wonderful book.

There is one other adaptation of The Secret of Chimneys which I must mention and that is one written by Agatha Christie herself. It’s a play called simply Chimneys which she wrote in 1931but was only rediscovered recently by the artistic director of a the Vertigo Mystery Theatre, John Paul Fischbach and, consequently, was never performed until 2003. The full wonderful story of how it was unearthed is here and is definitely worth a read. It’s to be hoped that one day this is adapted for the screen and will do more justice to the novel than the 2010 adaptation.

Thank you so much for reading and look out for something a little different in the run up to Christmas. I’ll be choosing my top ten Agatha Christie novels alongside my top ten crime novels of this year in my Jingle all the Slay murder mystery post (and yes, I am calling it that. It’s almost Christmas!)

View all posts by victoriadowd

To vote for The Smart Woman’s Guide to Murder in the People’s Book Prize, click here.

The Smart Woman’s Guide to Murder is published by Joffe Books and out now!

Click here to order The Smart Woman’s Guide to Murder

Body on the Island is available for pre order